The (unexpected) plans for next Essentia Mundi releases (Part II, 2011) 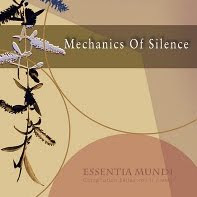 Following suggestions from fellow artists (special thanks to Keith / The Drive To Uqbar) we concluded that there is maybe a way we can help Japan. Initially not planed so soon this year, the second Essentia Mundi compilation found its honest predestination now. All the profits from the sales of it will go to help Japan.

I've been thinking a lot, and decided that conceptually, the compilation should not be tied to some recent event (even tragic). So although the sales goes to help Japan the compilation is not necessarily about Japan but about the concept of "silence". The only visual connection in the artwork is the following card insert, as remembrance: 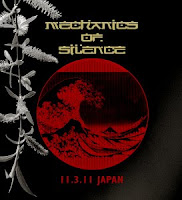 Fascinated by its cultural uniqueness, that inspired me so much in my own sound creations (see my album collab. with Kenji Siratori) I think this is a good way to give something back to Japan.
Undoubtedly Japan has the self power to recover from such disasters (great human and material resources are there) but I would like to see it back sooner. Not only the impact of the disaster has to be smoothed, but looking on long therm, the efforts now to help will be beneficial for all of us later. Just thinking at the music scene there and at the photography technology, to name only my personal interests in these fields.
I saw there other labels that hesitated to create such compilation efforts, of course there is a way to donate here, here, here and here without being necessary to buy something. But still, from my point of view, the synergy of such an effort in which the energy concentrates in the compilation can move something more in people, and sensibilise more.

Apologies goes to delayed releases. With a bit of patience I am sure all will be fine.
Thanks to the artists that responded positive or provided some help so far: The Drive to Uqbar, Grzegorz Bojanek, De Form, Mystified, adamned.age, CrepusculaR, Sghor, Xedh and [ant-zen].
You can submit your track for consideration until 1st April 2011.
Posted by Essentia Mundi at 6:44 PM